Blog - Latest News
You are here: Home1 / Uncategorized2 / Does Having A Tattoo Affect Getting a Job?

For thousands of years, tattoos have been around, with evidence indicating that it was done as early as 3100 BC. However, we all must be wondering ‘Does having a tattoo affect getting a Job’? .While all those years ago we will never know the true reasons for its creation, there is no denying that it is prevalent in both modern and ancient cultures across the globe. Tattoos are used in Western culture as a means of speech and decoration and are no longer limited to a small segment of society, but to people from all walks of life and rank.

While there is clearly a broader acceptance of tattoos in the workplace, there are still some associated taboos, especially those that are large, visible, or cover noticeable areas such as the face, neck, and hands. There are always negative perceptions about the applicant and getting obvious tattoos may mean that they are unfairly excluded from a potential job opportunity when compared directly with an equivalent applicant without tattoos. 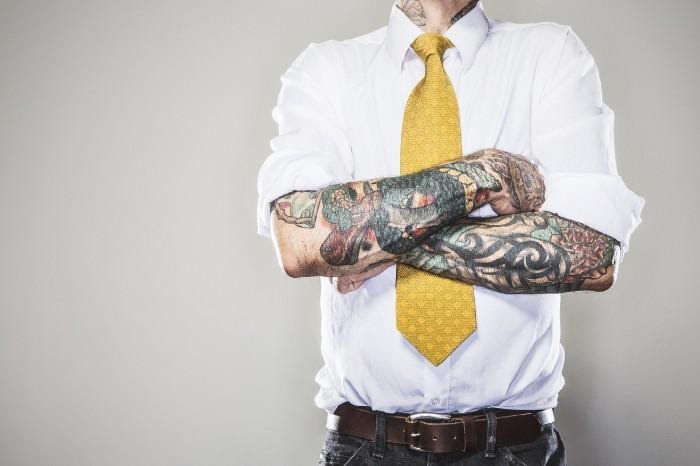 Long gone are those days when we heard from our parents ‘Having a tattoo will affect you from getting a job!”. However, things are changing slowly. Researchers from the University of Miami and Western Australia University have been researching how having a tattoo affects getting a job. The study published Tuesday in Human Relations found that having a tattoo could even help job candidates in competitive markets.

More than 40% of millennials in the U.S. and around the world have at least one tattoo, though 72% say they usually cover-up. The researchers therefore only observed those with visible tattoos — about 2,200 people around the country — to see if their ink really made a mark. Based on their findings, a person’s tattoo didn’t matter to employers at all, and in some cases, it actually helped the participant in the study get a job. “Not only are the wages and annual earnings of tattooed employees statistically indistinguishable from the wages and annual earnings of non-tattooed employees,” read the study findings, “but tattooed individuals are equally likely to gain employment, and in some cases even more likely to.”

The long-held stigma associated with tattoos, and especially visible ones, may be eroding, particularly among younger people who see body art as a normal and popular form of personal expression. Given the growing prevalence of tattoos in society – about 40 percent for young adults – hiring managers and supervisors who discriminate against tattooed employees are likely to be at a competitive disadvantage for the most professional staff